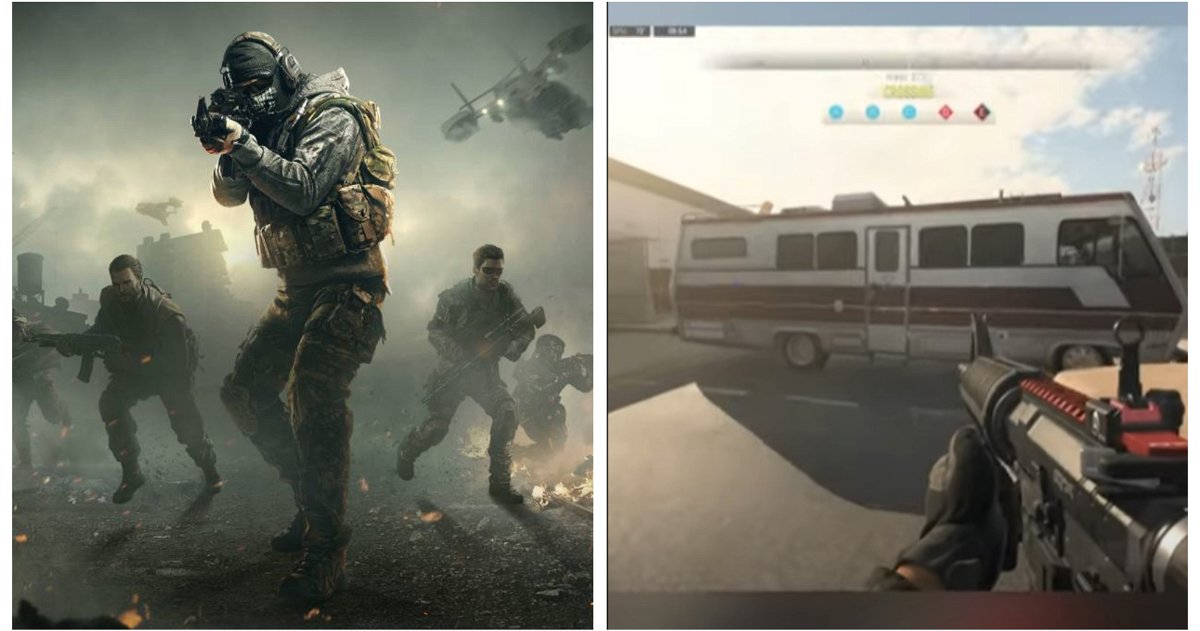 A fan found Jessie Pinkman and Walter White’s RV from Breaking Bad in the Call of Duty: Modern Warfare 2 beta.

Call of Duty is one of the most important sagas in the video game industry with an extensive player base around the world; therefore, it is not surprising that the developers are responsible for leaving a series of clues that lead their fans to recognize references from other great franchises within the games.

Although this practice has been done many times and has shown that developers have their hobbies too, it is always fun to find and share them with the fan community. While some have missed the anecdote because they do not know the reference, others continue to find interesting details, which feeds back into the experience.

Breaking Bad exists in the Call of Duty universe

But, returning to the subject, now that we are close to the launch of Call of Duty: Modern Warfare 2, it is logical that the players have focused so much on the recent open beta, in the spirit of knowing what the next title will be like, that easily saw an item tied to the hit TV series Breaking Bad.

The Modern Warfare 2 open beta took place between September 16 for PlayStation 4 and 5 player pre-orders.; September 18-20 for all other PS4 AND PS5 players; September 22 and 24 for Xbox Series X/X, Xbox One and PC, the discovery of said reference could not be but an important part of the game plan to entertain the players while they became familiar with the new abilities and mechanics that the latest Infinity Ward offers. In this sense, Infinity Ward has continued to update the Modern Warfare 2 beta sessions after taking a look at the comments and suggestions from players after the private beta.

Here it should be mentioned that the opinions of the fans are very specific in terms of improvements. Among them, the first that resonated with the community was the user interface that does not seem to favor customization, visibility and certain controversial advantages such as Dead Silence. But within all the criticism, there was no lack of videos that are circulating on the Internet thanks to the fact that they show some interesting things seen in the beta.

Of course, fans of Call of Duty: Modern Warfare 2 have seen a lot of trivia so far. For example, accidental claymore kills, care packages crushing teammates, and more. Thus, Infinity Ward has only left the tip of the iceberg of what players could discover in the title.

However, although most of the beta anecdotes are CoD situations, it turns out that there was one that was familiar to Breaking Bad fans, because the new Invasion game mode map -named Santa Sena- has a van that we have already seen somewhere parked on the road. This motorhome has brown lines and, in case you were wondering, we refer to the Fleetwood Bounder used by Jessie Pinkman and Walter White to cook blue methamphetamine during the first seasons of Breaking Bad. And the most obvious nod to the vehicle is the inclusion of the duct tape covering the bullet holes in the door. Right away, you can see it for yourself:

As we explained, the bullet holes in the door are one of the most iconic elements of the series that appear in the pilot episode of Breaking Bad after a deal did not go well for the duo. In fact, these same holes become a key part of the story during the third season after the vehicle chase and the design that includes the duct tape in Modern Warfare 2 replicates it perfectly. After the publication of this interesting detail, there was no lack of jokes on the part of Internet users, who imagined what the appearance of Walter or Jessie would be like in the Modern Warfare universe.

As we mentioned at the beginning, this fun reference to Breaking Bad is not the first to be made within video games. Although there are many topics to refer to, the popularity of the action series makes it a good reference for other franchises. In fact, Breaking Bad has already appeared in Minecraft and Grand Theft Auto 5 in different ways. For example, both the introduction and the characters of the series were recreated and there was even an exact replica of the mobile home. And, of course, The Division -from Ubisoft- had another nod prepared for its fans with characters with names like “Jonathan Pinkman” and “William White”, which made clear reference to the protagonists.