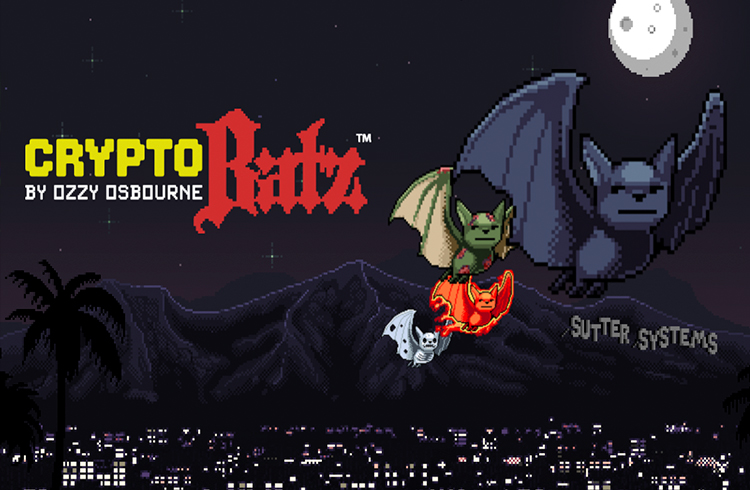 The NFTs were designed by Osbourne himself in conjunction with collectible token development studio ​​Sutter Systems.

The items are inspired by bats of different colors and physical characteristics, which are part of Osbourne's universe.

According to rock legend, the bat is an animal that has marked his life, mainly because at a performance in Iowa, USA, in 1982, Osbourne bit the head of a bat.

The NFT collection will consist of 9,666 unique bats and will be available starting in January. However, those who are interested can go for a pre-order on CryptoBatz's Discord channel.

On the same platform, the company behind the tokens will also make available 2,500 guaranteed pre-sale passes.

In addition to releasing NFTs, Sutter Systems also developed a way for these digital bats to “bite” other NFT projects, thus creating what they called “Mutantbat”.

This means that each NFT can be paired with other projects, but only once. Additionally, those using this option must have the collectible they wish to combine in the same CryptoBatz wallet.

Although this option is not yet available and there is no start date, the list of “victim projects” is defined.

CryptoBatz could be combined with successful Bored Ape Yacht Club (BAYC) monkeys; with the CrypToadz frogs; and with SupDucks ducks, all based on theEthereum network.

As Osbourne pointed out, he had been trying to break into the NFT market for some time. For that, he even asked his wife Sharon Osbourne for a BAYC as a Christmas present.

“After several unsuccessful attempts to buy mine, she said no. So I decided to create my own. The design pays homage to one of my most iconic moments on stage and is an opportunity to acquire a rare piece from the history of art. It delights me!” said Osbourne.

Also read: DeFi will not replace the financial system, this is just a dream, says S&P report

Elon Musk says Dogecoin cannot be the cryptocurrency of Mars