Pokémon: You won’t want to miss this adorable Rowlet fan art based on eagle owls 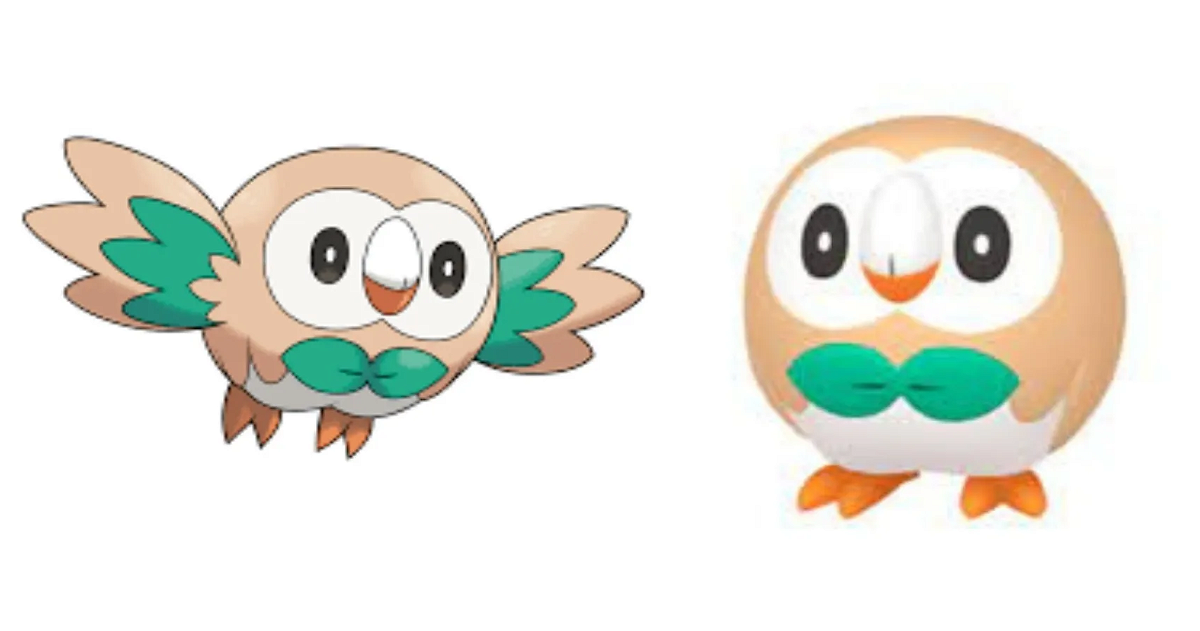 Rowlet imitates eagle owls in this amazing fan art made by a Pokémon fan.

For more than two decades, Pokémon has become one of the most popular and successful franchises in the world. Consequently, the fan community has been aware of the variety of video games that have been released (especially now that Pokémon Legends: Arceus, becoming one of the best sellers of 2022); but it should be mentioned that the company has actually made content for all the tastes of its fans. And it ranges from the television series, movies, collectibles or any other limited content that the company decides to release, to the famous commemorative projects with Pikachu decorating the planes that only the lucky ones who can travel to Japan will be able to enjoy.

Of course, although Pokémon has launched incredible titles, fans have also contributed to that success with their own creations. And with the latter we refer to the extensive amount of works of art that we can find on the Internet.

One click is all it takes to find some of the most outstanding works on social networks, since on several occasions they have drawn the attention of other Internet users for their creativity and originality. In fact, the best thing about this fan art is that the authors often put a personal touch on their illustrations, resulting in interesting and eye-catching fusions that are so good they could belong to canon. Sadly, most of it will stay in the memory of the fandom, but the good news is that we will continue to see projects like these.

Eagle owls have come to Pokémon with this fan art

So far, we’ve seen it all. Fusions of Pokémon with their own powers, the evolutions of Pokémon from different generations with a new design or Pokémon that rescue elements of beings from the real world or animated references. But it is precisely the beings of the real world that interest us at the moment, since a Pokémon fan decided to make a series of illustrations showing Rowlet with various expressions based on photographs of owls.

On the eve of the release of Pokémon Scarlet and Violet, which are only a few months away, there are many fans who are trying their luck with previous titles. Among them we find Pokémon Sun and Moon, which introduced new Pokémon such as Litten, Rowlet and Popplio. These three became immediately popular, however, Rowlet has taken the hearts of thousands of fans after it appeared in Pokémon Legends: Arceus. therefore, it is not surprising that the fan community has him as one of their favorites and pays tribute to him with drawings, paintings and sculptures. This is how a fan decided to make this Rowlet fan art.

To get into context, in case you don’t know who he is, Rowlet is a seventh generation grass/flying type Pokémon based on owls. and, for now, one of the most beloved pocket monsters by fans. Although he has a cute image behind a chubby and small body, his attack is quite effective because he has great night vision and two of his main abilities are close combat and ranged attacks.

A Reddit user named kerbula shared an image showing off his creative and adorable Pokémon fan art. The author has chosen seven photographs of eagle owls in curious positions to imitate them with Rowlet, who assumes similar poses. In the first photograph, there is a human holding an owl in order to show its legs, so in the illustration he made, it shows Rowlet in the same way. The next two images are of an owl with huge eyes and one that winks, so Rowlet rescues both expressions. The fourth photo shows an owl hopping, and of course Rowlet does the exact same thing as her real-life namesake.

As you can see, the third image is a bit different from the others, as it shows an annoyed owl that the author was able to recapture to give a Rowlet-like expression. And in the last two the pattern of the series is repeated, with the last one showing a sweet sleeping Rowlet. To no one’s surprise, the post has become very popular among Reddit users, who have left more than 3,000 upvotes, while most of the comments mention that their favorite has been the angry Rowlet. However, there were those who admired the rest of Rowlet’s expressions.