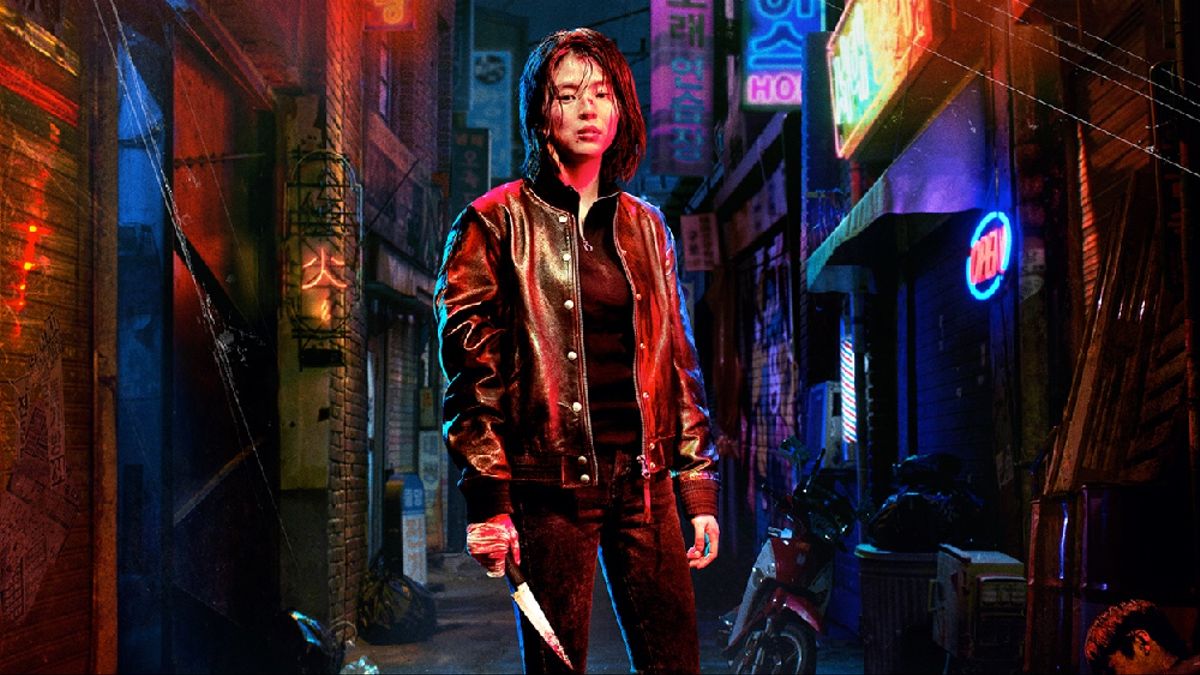 My name is the new South Korean series that Netflix premiered on October 16. The most popular streaming platform continues to support Asian cinema and now brings us a new series with a slightly different theme. An intense drama full of action and secrets. We are before the revenge of a young woman who lost her father.

Since its premiere, it has been in the top ten of the most watched series on Netflix Spain, which shows that the public is also a lover of series exported from that part of the world. In its country of origin, Mi nombre, has even taken first place from The Squid Game, the most watched series in the entire history of the streaming platform so far. Until now we have been able to enjoy all kinds of plots within kdramas, and this story supposes a breath of fresh air full of action and intrigue.

My name. A revenge.

The series consists of 8 episodes, each lasting less than an hour, and will follow the tortuous and complicated life of Yoon Ji-woo (Han So-hee). Just watching the first episode of her will plunge us into a plot of a complicated and studied revenge starring a young woman with a strong and determined character, from whom the mafia snatched her father’s life in front of her eyes. her.

Yoon will join one of the most well-known criminal organizations in South Korea: Dongcheonpa. A dangerous organization that is dedicated to handling the ins and outs of the underworld, killing anyone who gets in its way. There she will have the support of Choi Moo-jin, none other than the head of the gang, who has a special affection for the young woman.

It will be the same one who rebels against young Yoon the real motives for his father’s murder. At that moment, all the rage that the young woman carried within her begins to be channeled towards a single objective: to find the murderers of her father and avenge her death. To do this, she will begin exhaustive training to become an elite fighter. A few moments where we can see the paste that the young woman is made of.

He will have the support and protection of the drug lord and all the members of his association, with whom, more or less, he has managed to create a special bond thanks to his way of being so persistent. His revenge plan will lead to infiltrate as policewhere she will soon begin to stand out until she is finally incorporated into the unit against drug trafficking.

Yoon has achieved the first part of his studied plan, turned into a mole within the police, he will follow the orders of the mafia boss while working side by side with detective Jeon Pil-do (Ahn-Bo-hyun). Little by little the young woman will discover that her revenge for the death of his father is surrounded by more secrets than he had been toldwhich will make the path more difficult for him, and it will be increasingly difficult for him to achieve his goal.

After knowing the plot of My Name, or also known as Nemesis or Undercover, it may seem that we are facing a story that we have been told thousands of times in other series or movies. And that’s right, it’s not the first series that tells us about revenge, so what’s so special about this one?

The first thing that stands out is that we are facing a different way of approaching revenge, and also the world of the mafia and drug trafficking. Until now the public was accustomed to thriller movies full of action and chases. This time we meet asian world viewand this is an added attraction to this series.

In addition to that, the scenes are full of drama and are not cut off when it comes to showing us violence or blood. All this within its content, which makes the pieces fit together easily. And finally, Their protagonists. Without a doubt, a very important part of the success of Mi name is its actors. Young Han So-hee perfectly plays a girl who finds herself orphaned by the death of her father. We can see her desperation, and also a defined character that will lead her to survival. A key piece in the series that manages to give it credibility.

My name is a highly recommended series. The story of a very well planned revenge where time is not something to take into account. During its episodes we will empathize with a young Yoon for whom life has not made it easy, but she is getting closer to achieving her goal. If you like kdramas, I’m sure you’ll like this one too.

Pediasure raffles 18 packs back to school