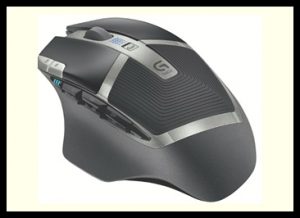 First of all, in terms of comfort, the G602 mouse is the best by far it has a palm grip design with an even curve that cups your hand.

In this article, you will have a brief review of the amazing choice of buying a Logitech G602 gaming mouse. Let’s have a look at the pros and cons of this gaming mouse.

First, we will discuss the pros of Logitech G602:

How to use it?

There is no separate driver for G602, the Logitech gaming software is compatible with this mouse, which is free to download for Windows 10 and Mac. Moreover, it can be installed in Windows 10 32- and 64-bit system.

It is a helpful tool for the gamer, where a user can set up a game profile. There are 11 programmable buttons that can be customized through Logitech gaming software g602. Logitech also provides a starter guide for the G602 that you may need to download for a better understanding of the functionality of this mouse.

How to fix Logitech G602 not detecting

First, you must check the battery satus. Whether the mouse light turing on or not.

If you are using outdated software to connect the G602 mouse, there might be an issue of mouse detection. You can also use the recent old version but not outdated.

Poor connection between the mouse and the USB port

If the connection between the mouse and the USB receiver is poor, This happens if the USB port is not getting enough power, so, you should change the USB Port. The Logitech G602 mouse is compatible with USB 2.0. So, if you are using USB 3.0 then you connect it to a 2.0 USB port.

Logistic G hub software is compatible with mouse G602, this software starts working very quickly. There might be a hardware fault which makes software, then you can use the tips given below.

Updating the mouse driver may get rid of this issue.

How to fix when Logitech g602 keeps lagging

If the Logitech G602 mouse starts lagging, you must read offical the G602 mouse FAQ section, and read the listed article. If you don’t get your solution you can raise a question in community section

Bad battery: If the mouse battery is drained, it causes the mouse lagging/freeze. You first check the status of the battery, if the battery has malfunction then change the battery.

Bad motherboard: If there is a problem in the hardware i.e motherboard of the mouse, this problem often appears. If you have a warranty, then change the mouse, otherwise, get it repaired.

Inappropriate surface: Sometimes the surface under the mouse affects the tracker, the tracker is unable to function properly and thus leads to lagging in the mouse. You can use a good mouse pad.

How to fix Logitech g602 keeps going to sleep

How to change DPI settings G602

Accessing this setting becomes very easy with Logitech gaming software. All you have to do is open the software and click on the mouse icon and the DPI setting will open. As per the need of the game, you can minimize or maximize the DPI.

Logitech G602 not working on Windows 10

After installing Logitech gaming software G602, the mouse is not showing on the software board. This is a common issue that is being with G602 users. As I said earlier, mouse to work properly, it is very important to have its driver installed on your computer. So, today I will show some effective tips to get rid of this problem Logitech G602 not working on Windows 10.

Check your USB port, whether it is getting enough power or not. Change the USB port 3.0 to 2.0

If still, you are not able to get rid of this problem, you uninstall the driver, then, restart your PC and try to install it again. Hope, this may help you

How to update Logitech G602 driver

There are many third-party tools out there are good as a driver updater, but, I have seen IObit driver booster PRO is an amazing software, it keeps your mouse driver up to date, and keeps you away from irritating issues such as not recognized, lagging, and crashing while playing games in PC. Moreover, it blocks unrelated background running programs while gaming and do not allow frame drops to occur. You must use this software. Today I will tell you how you can update the driver of this mouse with the help of this software.

Hola! In this way, you can successfully install the Logitech gaming software G602

Q1: Can you use other mouse software with Logitech g602?

Ans: No, it is not possible, to make this mouse programmable, you should use Logitech software.

Q2: Do I have to install software for Logitech g602?

Q3: How to make a macro in Logitech gaming software g602?

Ans: Through Logitech gaming software, you can easily make macros.

Ans: To map keys to mouse buttons G602, simply highlight it on the screen, select the function you want to assign on buttons. All commands will automatically save as per your choices.

As the bottom line, you may conclude that ‘Logitech g602 software’ ie. Logitech G hub and gaming software you need to install in order to maximize the gaming experience. Don’t you want to try?

Get the software for Logitech G602 mouse