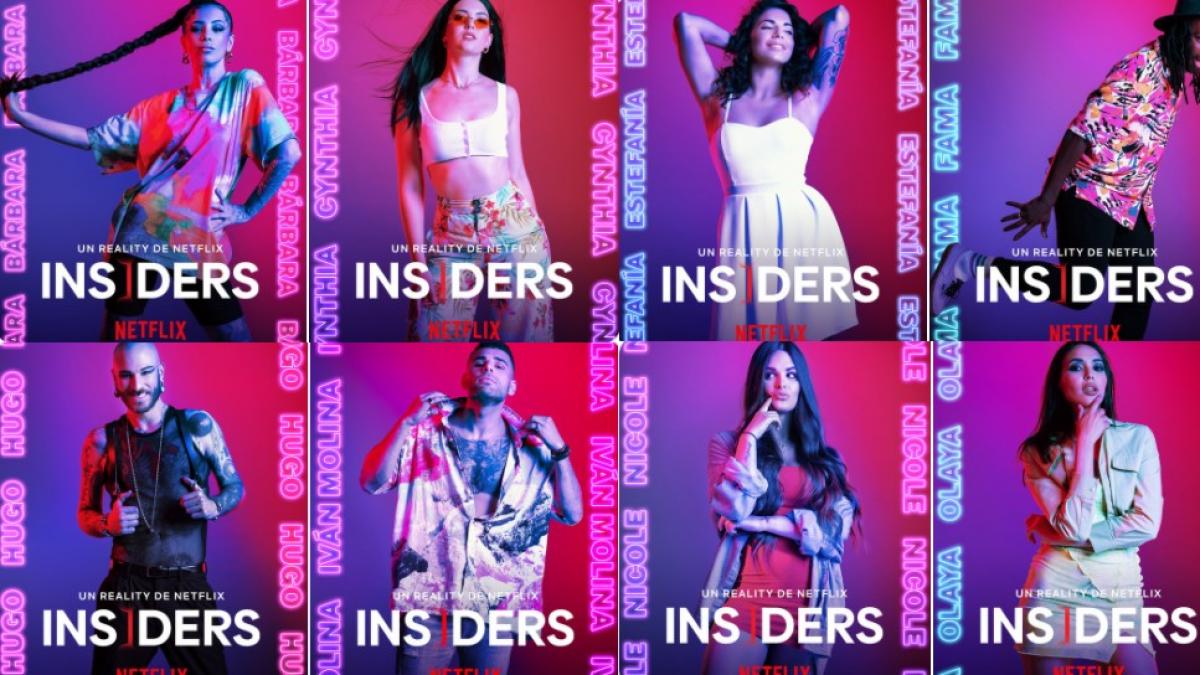 On October 21, Netflix premiered Insiders, the first reality show created in Spain. A show that promises to keep you glued to the screen during its 7 episodes, each lasting approximately one hour. Is about a totally different experience which has managed to stay in the top ten of the most watched on the streaming platform since its launch.

After passing an exhaustive casting alone 12 people have managed to overcome the interviews. But the final test remains. For 10 days they will have to live in the house where the show will take place. During their stay they will have to pass some tests that will mean the elimination of some of them in order to stay with those who will be the contestants of the first Spanish reality show on the most famous streaming platform in the world: Netflix.

Insiders: playing with the mind.

If something is clear to us after watching the series, it is that Insider is a social experiment where its contestants are taken from one state to another following a well-studied script that they are unaware of. From the first moment they are told that the contest has not yet started and that they are not being recorded, when in fact the opposite is true. The idea is know their behavior in private, when they think they are not recorded, and compare it with the public, when they think they are recorded. Will they behave the same?

The goal of Insiders is search for the perfect contestant, which makes us ask ourselves as well as the contestants themselves: and, what is the perfect contestant like? That is where the computer to which the members of the house are connected all day comes in and where their reactions to coexistence with the rest of their colleagues are monitored. This virtual machine will measure a series of factors, such as empathy, popularity, positivism… All of this prepared to find that person who best fits within the parameters that have been selected as optimal to be the perfect contestant.

So we’ll meet the contestants fighting against themselves to get those ‘quesitos’ where green prevails over red, that is, to be within the parameters required by the contest. The bad thing is that it doesn’t exist. This is a new trick that the creators introduce in the series to continue playing with the minds of the contestants.

While all this takes place behind the backs of the contestants, they fall into the ‘little traps’ that the creators of the series set for them. This begins to affect their relationship with the rest of the housematesand the first frictions and confrontations begin to appear, as well as the first approaches and even love.

All these tricks that we have in the first episodes will be revealed in the middle of the series, and the cards will be face up. From that moment everything will depend on the contestants. The groups are already made and each of them has joined the one they feel closest to. And it is at this moment where the naturalness of the members of the house disappears to show us a more competitive side, where the most strategic minds will begin to shine.

Without a doubt, Insiders is not a reality show to use. We see that as soon as it begins because of its peculiar format and the secrets with which they keep the contestants deceived. If what characterizes a show of this genre is that the contestants create their path with the decisions they make, a ‘strategy game’, in this case we find a perfectly created script to provoke the contestants to act as they the creators want.

Another thing that draws attention is condensing it into episodes as if it were a series. This way we only see what they want us to see, something Insiders haters have complained about. But on the other hand, the reality show warns us from the beginning that everything is a hoax, so they also keep the power to use the recorded material in the way they see fit. That is why we find moments in which they mix the first recorded interviews and confront them with what the contestants actually do when they think that nobody is watching them.

In this reality show, the audience is not the one who chooses the winner. It will be the contestants themselves who will decide that. And they do this following a complex elimination process that, depending on who they choose, could have negative consequences for their friends. Everything is designed and studied to complicate the contestant in her decision.

Insider has not left anyone indifferent. Many are those who criticize this show claiming that the contestants look like actors, or that they are very stereotyped. On the side of those who liked the show, they praise the unusual format used mixing the before, with the present and the after; and above all the mental game to which its contestants are subjected, as well as the surprises that do not stop occurring, in each episode.

Be that as it may, it seems that the audience figures have been very good and that is why there has already been talk of a second season that could be available at half of the year 2022. The show will once again be presented by the versatile Najwa Nimri and will also repeat the stage. About 1600 square meters of set with 250 microphones and no less than 70 hidden cameras will be the scene of a new batch of episodes from where the new contestants will be ‘watched’.

Yet it’s too soon to reveal data about this new season of Insiders, so nothing is known yet about whether they will repeat the format and continue to infiltrate actors who mix that fiction with the reality of living in the house. Be that as it may, from here we will tell you as soon as we know.

Pediasure raffles 18 packs back to school