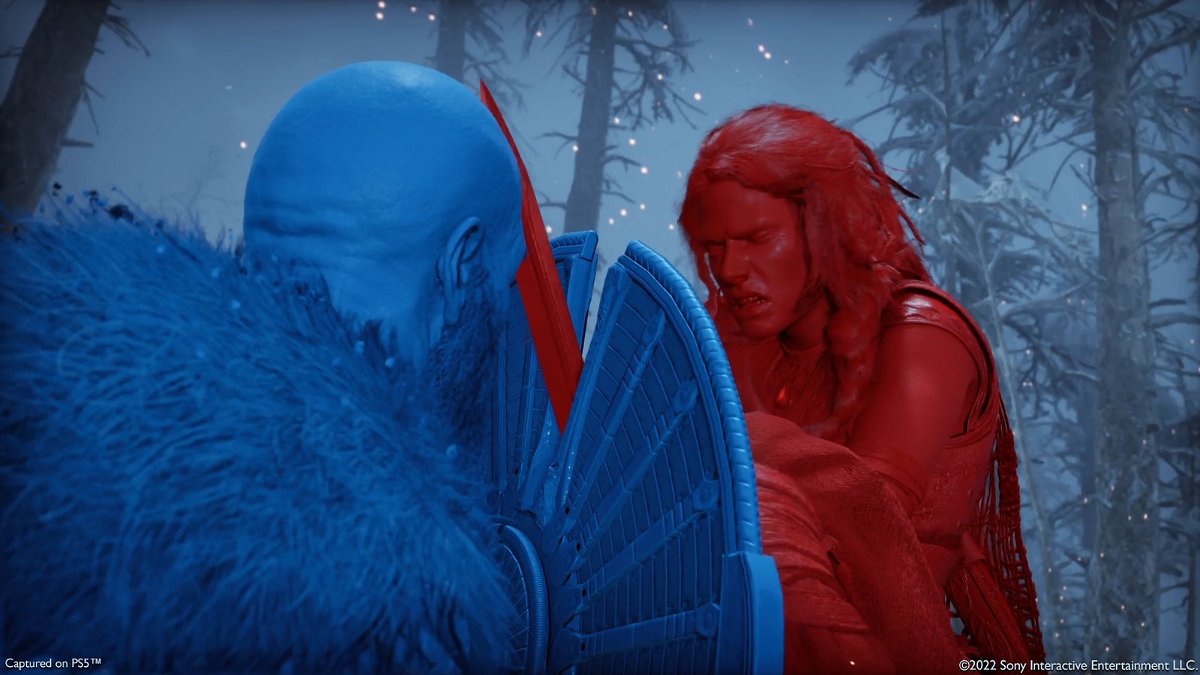 Assisted navigation or modifiers are very valuable options for people with disabilities.

When we play a new release, we rarely pay attention to the accessibility options. But these details are very important for people to disabled They can play any game normally. In the presentation of God of War: Ragnarok Santa Monica Studio’s commitment to people who suffer from this problem on a daily basis was shown, but video games can make it much easier the navegationcontrols and other features.

The ONCE Social Group has positively valued the accessibility of Ragnarok. The new PS5 game includes more than 70 options to adapt to people with visual and physical disabilities, something that we could verify in the presentation. Sergio Vera is a regular player, a teacher at a school and has a total blindness that prevents you from trying out some inaccessible games. However, “the 9 Kingdoms of Ragnarok are more accessible than Cuenca“, he joked on several occasions about his city.

“I go down the street and no one directs me It doesn’t help me get anywhere. Here, with the assisted navigation, I know that I am going to get to the point I want to get to, “he insisted. Sergio celebrates that the new installment of God of War has navigation assistance that allows him redirect kratos with a simple gesture to advance through the stage. In addition to this, the game makes sounds to know where enemies are and when they die, allowing Sergio to move Kratos’ position whenever necessary. Is blind experience much better with the 3D sound of the PlayStation 5 headset to know In what direction the blows come.

Regarding visual assistance, the new PlayStation release allows you to play with high contrasts and harsh colors to distinguish characters as you can see in the image. customization options They help a lot to people with visual acuity problems. Now the games not only have subtitles included and aiming assistancebut the studies are increasingly sensitized with people with some type of disability.

God of War: Ragnarok has over 70 accessibility options

God of War: Ragnarok has many accessibility options

God of War: Ragnarok offers many alternatives for people with reduced mobility. Kike García, responsible for the Ga11y project, has a physical disability and has experimented with the game’s options that allow him use modifiers to adapt it to your possibilities. In this regard, he stressed that until recently the games only had limited options to enable, while God of War: Ragnarok has assistance levels. This allows many aspects of the gameplay to be modified to make it easier for people with disabilities, depending on their degree of need.

For example, quick time events (QTE) can be modified by the long press of the same button until the action is finished. Also, the game allows you to change the button combination to make the special attack of Kratos (Fury), as indicated by the streamer Moyorz87, whose physical disability forces him to go in a wheelchair. However, that is not an impediment to playing God of War: Ragnarok because you can remap controller completely.

The dubbing actors Rafael de Azcárraga (Kratos) and Ramón de Arana (Atreus) together with Kike García and Lara Smirnova, hosts of the event

To finish, there was a round table with the voice actors Rafael de Azcárraga (Kratos) and Ramón de Arana (Atreus). Among the curiosities, Ramón de Arana recognized that they met after launch of the game and that Azcárraga has been like a mentor in his profession. Those attending the event were able to see first-hand how options work mentioned accessibility by putting yourself at the controls of God of War: Ragnarok.