Elden Ring already has its own creepypasta and it’s impressive 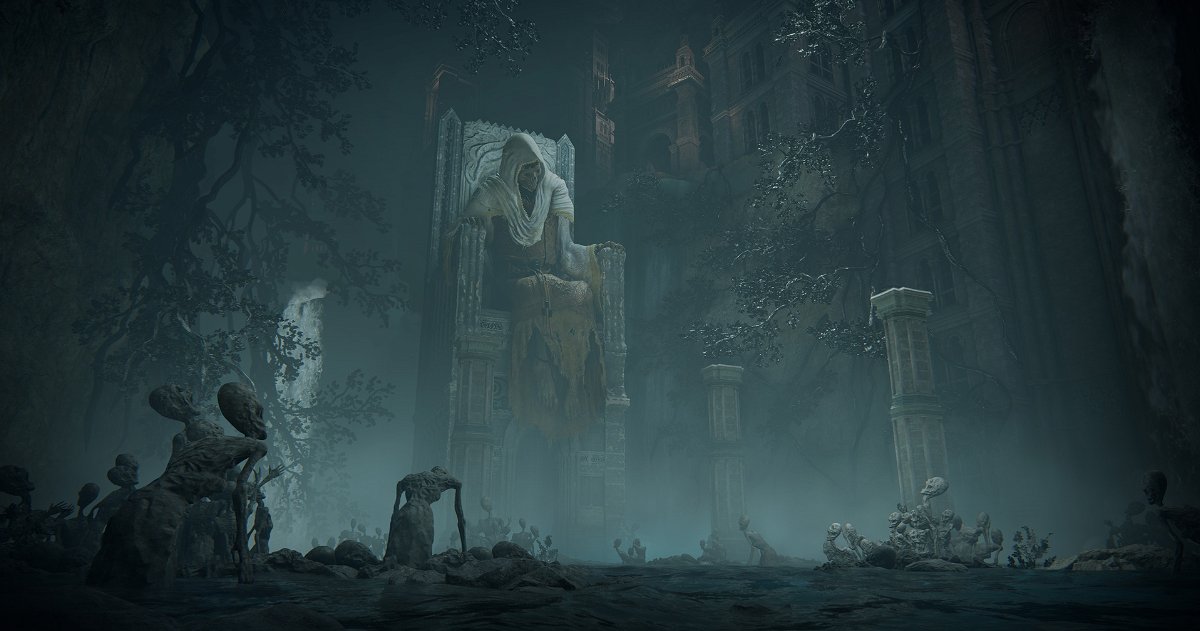 The story of the Elden Ring seems so real.

Among the novelties in the video game industry for this 2022 we have Elden Ring, whose theme and gameplay did not go unnoticed among its fans. And, quite to the contrary, they gave rise to the extensive player base deciding to test their skills as strategists and fighters against the bigger and bigger challenges that distinguish FromSoftware.

Although the discussions surrounding Elden Ring are usually more related to role-playing game features, there is still room for the imagination of each of its fans. Of course, the latter is what has kept the open world in that boom that has positioned it -since its launch- among the most anticipated adventure games of this year.

Elden Ring has motivated its fans to various creations

As we have seen on several occasions, players are able to perform feats in order to prove how much they have liked Elden Ring and, of course, to show others what they can achieve with some dedication.

And the reality is that it is impressive that, after the short time it has been launched, there are players who defeat Malenia without an apparent “effort”. But it is obvious that before showing their admirable fights on videos they have had to carefully study the movements of the enemy and have been defeated hundreds or thousands of times. While some are so strategic in counting their steps through the Middle Lands, others scour them to find the most peculiar objects that FromSoftware could have left in sight of some adventurer.

They can’t miss either the mods in this count of what I’ve seen and Elden Ring -as in every delivery that is on the market- that make the games much more bearable, simple and even reimagine scenarios that could not be possible in the original game. Of course, the modifications in conjunction with a series of tips that you can find on networks like Reddit, there are all kinds of materials available to become an expert. We have even recently seen a couple of players make an interesting discovery to quickly explore the game… or maybe skip some parts, rather.

In case you didn’t know, a couple of players recently showed that with co-op, instead of fighting a duel to the death when a stranger entered a foreign world, both fans decided to work as a team to use animation locks. In this way, falling into a deep elevator shaft, they managed to transport themselves to various dungeons. To be exact, from the first to the last. So soon it wouldn’t be hard to imagine players tricking enemies into defeating and even dodging them in creative ways.

In view of all of the above, there are few things that could surprise Elden Ring fans anymore. It is likely that they were motivated by the appearance of many other cheats and mods; but in reality, there is something that, regardless of the genre of the game, movie or series, they all have in common. Could you imagine what?

The industry has its own stories

Well, a few years ago there used to be funny and even creepy stories about the entertainment industry that were difficult to verify because of the little information that was verifiable. However, with the advent of data mining and instant information, it’s hard to come by scary video game stories. In fact, it’s hard to spread a rumor that isn’t one click away, especially when it comes to legitimate mysteries that, even if companies keep quiet, can be uncovered very quickly.

But the fact that a creative horror story surrounds a video game is not true, it does not have to stop being enjoyable. And now you can give a touch of reality with this mod to a place that makes your hair stand on end in Elden Ring.

In the next video, you can see Details about King Bore Haha’s new movie, screened on the Elden Ring stages, making seeing its landscapes a chilling experience. In “Saint’s Descent”, the player descends a staircase that seems endless and dark to finally end up in a kind of well.

Once the unsuspecting player goes down into the well, he discovers that there’s a world far beyond in the endless lands. In case you want to know how it ends, you better check it out for yourself, as you don’t want spoilers for one of the best experiences we’ve seen on the game.

In short, there is not much story behind the scenes, however, it is quite good, since it is so well built that there were people who, when they saw it, before knowing that it was a simple creation by mods, believed that it was real .