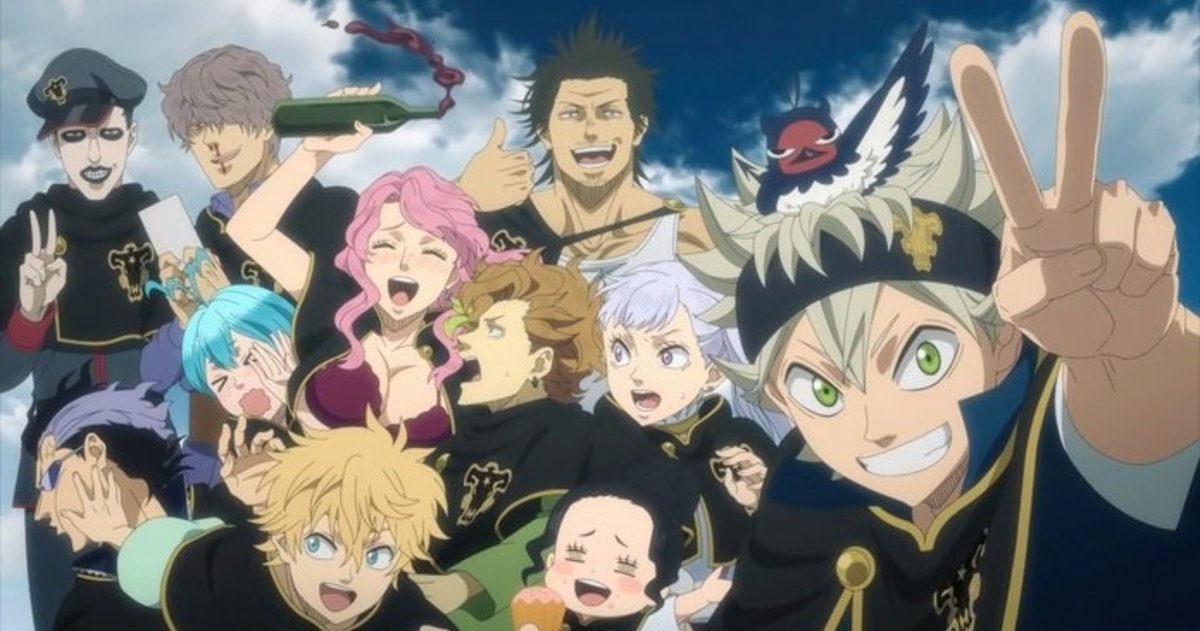 We’ll have to wait a little longer for her…

Black Clover will have a new movie in this fall of 2022At least that’s how it was expected until very recently and thanks to AnimeTV we know that the film will arrive in 2023 and, in fact, next week there will be a couple of updates regarding this important anime production. It is expected that a specific release date will be announced or, at least, what will be the Plot Arcs that this new important film will adapt at the hands of the animation studio Pierrot (famous for its production for the anime of Naruto and Boruto: Naruto Next Generations). ).

The Black Clover movie was confirmed in March 2021 along with other great titles such as Jujutsu Kaisen 0, the new My Hero Academia movie (Boku no Hero Academia), among other incredible franchises published in Shonen Jump, with scheduled release dates. by mid-2022, mainly in Japan. It was mentioned at the time that the film will also be released worldwide next year, particularly in the fall of 2022.

The creators of Black Clover had not yet set a particular release date for the film until now. It will still take a good number of months to complete the entire film. The announcement of the film was released through a short teaser video. The trailer definitely gave the audience some hints of things to come for the manga, but making guesses about the plot of the movie is a tricky job.

A clip has been released showing some of the most intense scenes in the manga as Asta perfects his devilish powers. Yuno, Noelle, and more are shown helping the hero as they all work towards their goals. And at the end of the promo, Black Clover fans are told that a movie is on the way.. At this point, we know very little about the film in question, but Shueisha has promised to give more information about its release at a later date, this latest footnote connects with the aforementioned Anime TV saying that it will be in the second week of October. From 2022 there will be more important details about this production.

New and Interesting Black Clover movie is on the way

Most of its fans were expecting this movie to be released in late 2021 or early 2022 given the timing of everything anime-related was happening at the time. Black Clover released its final episode in 2021 after years of being on the air, so Asta has enough notoriety there to maintain his reputation. Perhaps, the reason for its delay it is due to wanting to push the series back to the headlines and prevent Asta from competing with giants from 2021 as the third film of My Hero Academia (Boku no Hero Academia).

The manga has been written by Yūki Tabata. The story revolves around a teenager named Asta. In a world where everyone has some magical power, Asta was the only one without any. But with the help of the Black Bulls, Asta plans to become the next Wizard King. He tune in to the fans as he hopes to see more of Asta’s adventures.

Asta wants to be the best magician in the world, but his challenge is that he lacks any magical ability. In the 2023 movie we may finally see his dream come true.

Asta and Yuno are orphans who have been raised together since they were born after being abandoned in a church orphanage in Hage, located in the forgotten area of ​​the Clover Kingdom at the same time. All this which leads him to train physically as compensation to compete alongside his enemies. In contrast, Yuno was born a prodigy with immense magical power and the talent to control it.

The story revolves around a young man named Asta, born without magical power, something unknown in the world in which he lives. This film is not the first production close to anime, there was a OVA produced by Xebec studio was released on May 2, 2017while the anime series adaptation produced by the Pierrot studio premiered on October 3, 2017.